In loving memory of Pamela Kraft

A Shining Star and a true friend to all that knew her, Pamela Kraft, passed over on March 14, 2021. 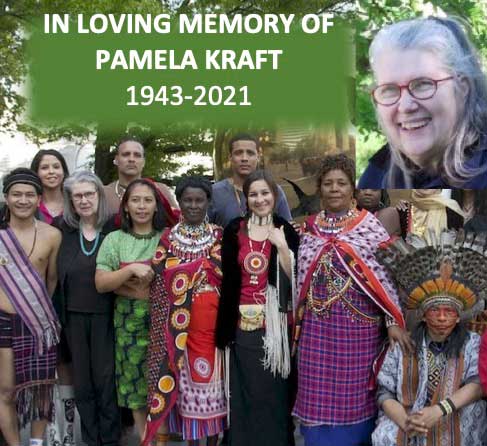 Pam was beloved dear friend and colleague to so many of us at the United Nations and beyond. She founded the not-for-profit ECOSOC and DPI organization the Tribal Link Foundation in 1993 as a commitment to always be there to respond to indigenous peoples' needs after she attended the United Nations Conference on Environment and Development, also known at the Rio Earth Summit, in June 1992 and felt moved to make a pledge to dedicate her life to supporting the world’s indigenous peoples. She kept this commitment right up to the end of her life. 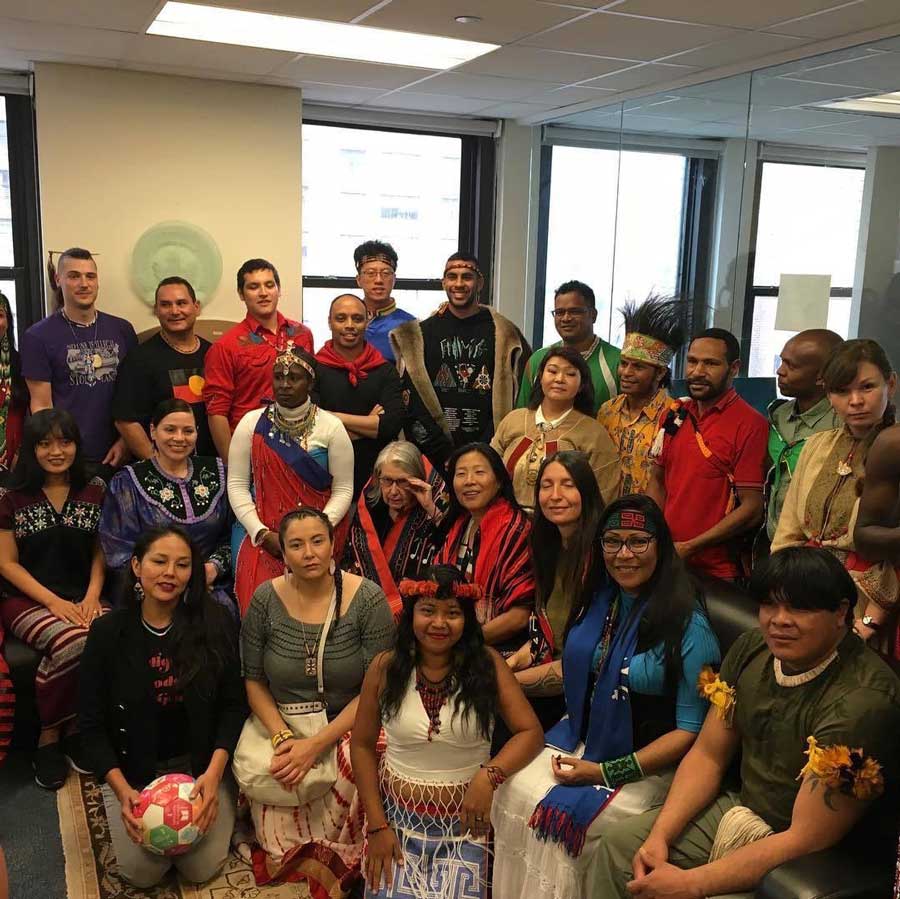 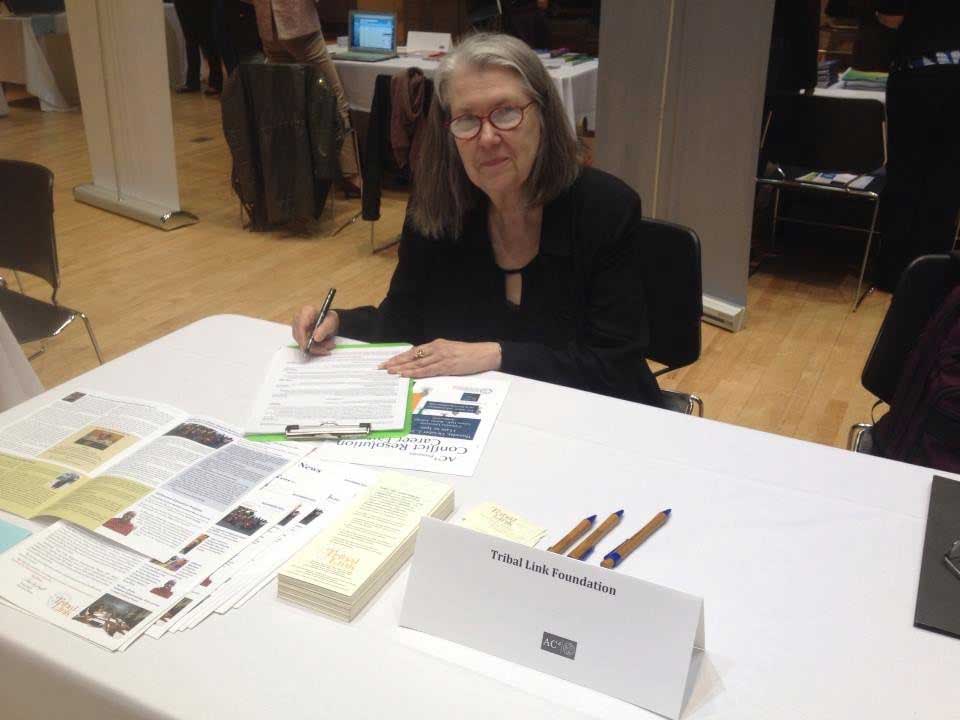 In 2012, Ms. Kraft was awarded the Spirit of the UN award by the NGO Committee on Spirituality, Values and Global Concerns (NY) in honor of her dedication to advocating for indigenous peoples. The award is an acknowledgment of those individuals whose work is an expression of the core principles, spirit, and vision on which the United Nations was founded. 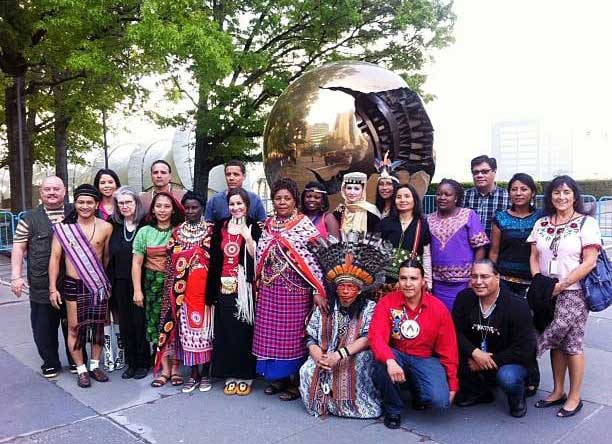 As a dedicated advocate for the world’s indigenous peoples she brought hundreds of people to the United Nations for the Project Access Training Program during the UN Permanent Forum on Indigenous Issues.

The Source of Synergy Foundation was also deeply blessed to have her as a beloved board member. She once said: Synergy occurs because of synergy with another person, or a group or people coming together around an idea so it’s extremely key that this gains more consciousness in individuals”.  Pam was all about bringing people together as a global family and finding ways we could support one another. She had a unique gift for making everyone feel cared for, protected and loved.

Pam was also a founding board member of the Cambodian Living Arts that serves as a catalyst in the vibrant arts sector to inspire new generations of artists. 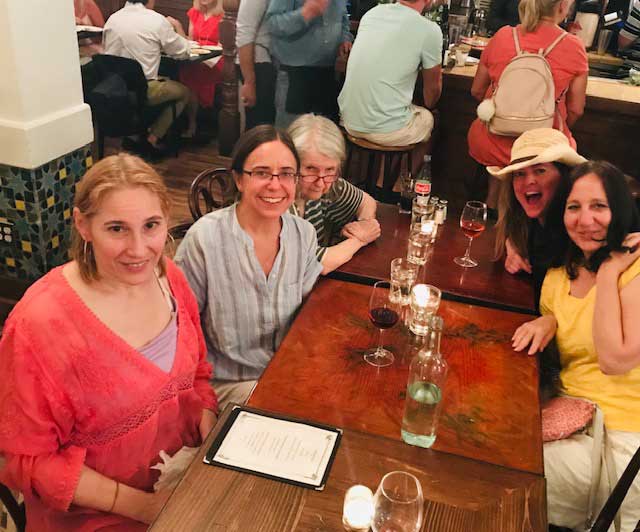 Pam was a true artist and her work was her canvass. She would carry a notebook around and constantly write ideas and visions that came to her. I have wonderful memories of all the great fun we had sitting in her loft on 28th street to meditate and from that place dreaming into form projects like Project Access, Healing Circles for the Earth and the Sacred Place at the UN World Summit on Sustainable Development in Johannesburg, South Africa in 2002 so that the summit could have an area for sacred rituals, ceremonies and gathering. She always showed us the importance of adding in the mystical and the spiritual into the various missions we chose to do in this lifetime and how by doing so, the work would take on more impact. When one has the great privilege of working with Pam you knew that whatever she was doing would always ripple outward and touch many lives as well as our precious earth. The last conversation we had was about a week ago when she was in a clinic recovering from a broken hip and she shared her sincere hope that Tribal Link would continue to grow even in her absence. Her dedication and commitment were really heartwarming and stunningly admirable. She embodied what true commitment is all about and inspired all of us to do more. I do believe she will continue to do her significant work from the other side, working side by side with those that have been touched by her life and the mission of the Tribal Link Foundation. Pam had a unique gift that was able to see everyone’s highest potential and quietly yet powerfully support its activation. I know we are all grateful to her for that. Pam was one of the most magical people I have even had the good fortune of meeting and she infused that magic and intuition into everything she did. A colleague Damon Gerard Corrie described Pam as a Fairy Godmother. So true, she magically manifested our deepest wishes, looked over us, mentored us and created so many every day miracles that made us believe in the power of magic especially when it is combined with supporting the greater good. Pam’s specialty! Thank you dear Pamela for all that you have done to make the make the world more beautiful by blessing us all with your presence and dedicated service.

With infinite love and deep gratitude to you always, 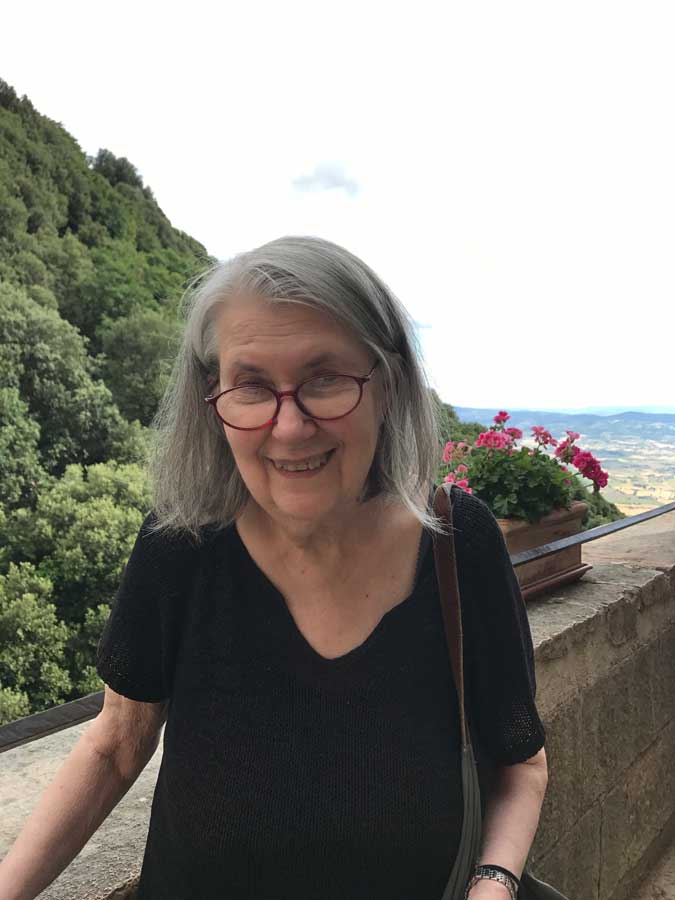 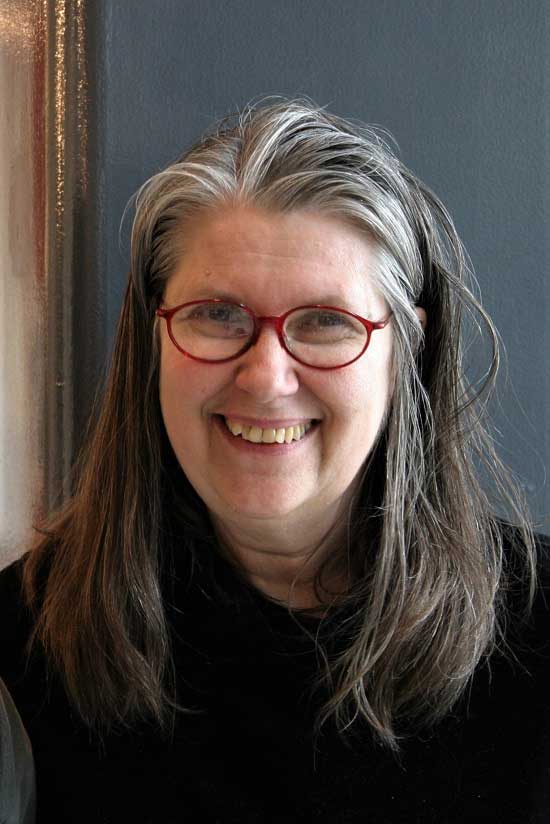