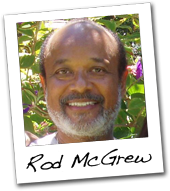 I have been ever evolving on the spiritual path to enlightenment since childhood.  As a young adult, I attended what was then the Maharishi International University in Los Angeles, where I studied transcendental meditation and the seven levels of consciousness in life and existence.  I continued my spiritual studies and development through adulthood, first with Swami Muktananda through the practice and teachings of Siddha Yoga and later Kundalini Yoga as taught by Yogi Bhajan of the Sikh community.

I helped to personify the concept of “Spirit in Business” through my company, Love & Happiness Productions and creating KJLH (Kindness, Joy, Love and Happiness) FM in LA, where I was a radio personality, program director, and VP/General Manager.  Subsequently, I transitioned into the music industry and became President of a CBS Records custom label, Unlimited Gold Records, and went on to become superstar manager to Stevie Wonder and Barry White. I currently play an integral role in Operation Hope, a Financial Literacy and Economic Empowerment Organization that birthed the new Silver Rights Movement, which focuses on educating underserved communities worldwide.